On Saturday the 23rd of Febuary, my first and third host family took me to Riederalp for a weeks ski trip. We caught the train into Kanton Wallis where we then caught a cable cart up to Riederalp where we were met by this massive snow buggie that transported us and all of our luggage to our Challet which looked absolutelybeautiful with the snow covered roof and the towering moutains in the back ground. As soon as we were inside I quickly got in my snow gear and when out with Christoph and Pia (my third host parents) and we snowboarded and skied till last lifts. We spent the evening enjoying apperos and racclette for dinner as we admired the beautiful sun set behind the mountains. My two host bothers and I would continuely paticipate in the ski races and funparks. Everyday we found new pistes and it was the absolute best because we had access to Reideralp, Bettmeralp and Feisheralp. We spent our lunchtimes eating at different delicious restraunts with beautiful views. This one place we ate at had a tubboganing run right next to it, so straight after we ate my host brothers and I were out there messing around on the tube rings, pretty sure i nearly died a few times but yolo. I had an absolute blast snowboarding but i was so envies of my host families because getting up hills or keeping up momentum on the flat pistes seemed to be a brease becuase they had ski poles, but for me, I had to continuously unstrap my board or have one of the many skiers in my family to give me a tow, you would not believe how many times that happened.  After a long day on the slopes we would go back to our challet and play card games and have delicous typical swiss meal and then more card games. My host families taught me how to play this swiss card game called Jassen, cant wait to come home and teach everyone!! One night we also played the Schocolade Spiel, it was probably the weirdest game I have ever played. The aim of the game is to eat as much chocolate as you can but when someone else rolls a 6 they get to take all of the dress ups off you and they get dressed up and start hacking at the wrapped packaged cholcolate. Friday it snowed all day but i still decided to head out which was probably not the best idea because I ended up falling and sprained my wrist but that didn’t stop me from going out the next day. So to sum up I’d just like to say that I’m so thankful to be able to have had this oppotunity and that it was definetly the best ski trip I have ever been on!! 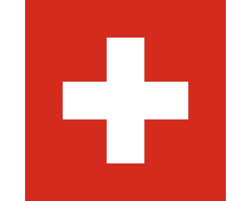