Tuesday the 12th of Febuary, my host-mum Caroline, took me to Lucerne for the first time which is only a 15 minute train ride if you catch the Interigional 27. I had been told by a numerous amount of people that Lucerne is the most beautiful city in Switzerland and I would definitely have to agree. As soon as we stepped out of the train station we were met my the beautiful Lake Lucerne where Caroline and I had a coffee in this little cafe right on the water’s edge. Afterwards it was just a quick walk and BOOM, your in the stunning Altstadt (old town) of Lucerne. We spent the afternoon wandering around the Altstadt where we saw the Lion Monument, the protective wall around the old city, walked the Chapel Bridge (the oldest bridge in Europe) and saw the octagonal water tower and we made our way to the roof top of the Manor store where we had an amazing view of the city. 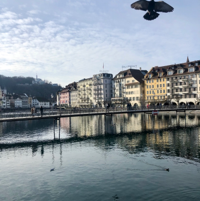 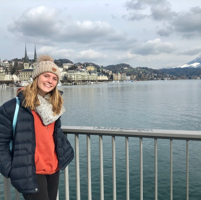 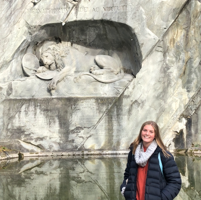 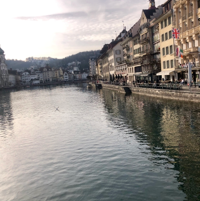 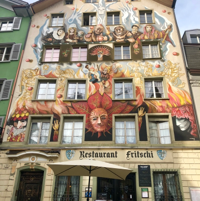 Thursday the 14th of Febuary, Caroline and I drove to Sörenberg which is about an hours drive from Sursee. On the way there we had to drive up this windy road inbetween these two mountains and through this tunnel. Now I don’t know about you but I felt like I was in a scene out of a James Bond film where we were driving through the alps being chased by some bald Russian because of something to do with offshore accounts. I was so excited because it was my first time hitting the slopes in der Schweiz. I had high expectation becuase everyone talks up skiing and snowboarding to be absolutely amazing in Switzerland, and I can tell you it was definitely exceeded. It was a beautiful day with the snow glimmering in the sunshine, perfect blue skies and on the chairlift you could see for miles. You could definitely tell I thought it was going to be a lot colder by the amount of layers I wore. When we were having lunch on the mountain we saw this old man who was sunbaking which I thought was pretty funny considering how it’s usually a very diffrerent situation when one sunbakes in Austraila. It was also quite funny because Caroline was very suprised that an AUSSIE knew how to snowboard and even more suprised when she found out that it actually does snow in Australia. 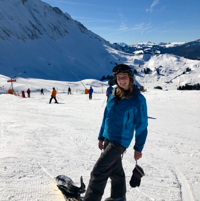 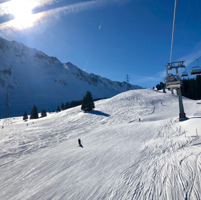 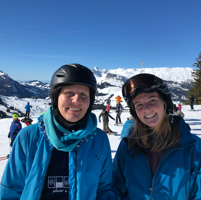 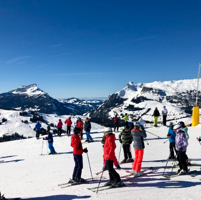